My almost 5 year old, Taia, has a pretty hard core intolerance to food coloring. If you would’ve told me a year ago that I’d be writing about food dye sensitivity here on Kelly Lester’s blog, I would have laughed in your face! Wow! Taia has always been a bundle of energy. We always just assumed that it was inherited (I’m more than a tad energetic myself). Until I discovered RedDyeFree. Even after I found out and researched the effects food coloring has on some children, it took me SIX months to attempt removing them from Taia’s diet! SIX MONTHS!

I guess I should give you a little back story. Taia is the sweetest, most thoughtful girl in the world. But sometimes a “switch” somewhere in her flips and she throws these horrible tantrums. Tantrums in which she will throw things, yell things that she doesn’t even understand the meaning of (often it’s not even English.) After only 3 weeks without food coloring, the tantrums magically stopped. As a test, we gave her a Dum Dums lollipop. One tiny little Dum Dums lollipop.  And guess who was up all night whining, crying and yelling? You guessed it. That was the day that we decided to take away dye for good. 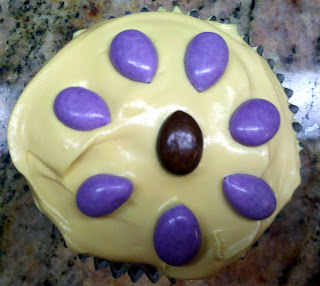 Taia has been a completely different child since we took away food coloring. She is still extremely loud, fun and energetic just like her momma. But she sleeps now and doesn’t throw those horribly scary tantrums!

We’ve had a few incidents where she got a little out of control, and with a little research we found out that someone had given her food coloring by mistake. They are honest mistakes though. Who would ever think that marshmallows have Blue #1 or most popcorn with butter has yellow #5? And frankly, a lot of people don’t take it seriously. Who would believe that FOOD COLORING can cause a sweet, angelic little girl to lose her mind? I didn’t believe it until I saw it. Most of our friends and family were leery until they witnessed the results themselves. 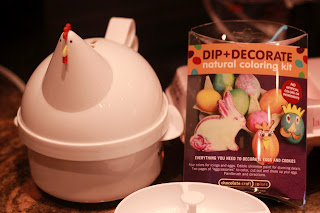 We’ve been saved by Trader Joe’s and other natural food markets. In lieu of the treats the other kids get at school for good behavior, etc, Taia gets one of all natural treats and doesn’t feel left out. Thanks to the plant-based colors, her snacks and candies are just as bright and delicious as the dye-full varieties! She doesn’t even miss food dyes anymore. She knows she can’t have them and accepts it. She thinks she’s the cool kid at school because she gets special treats or stickers instead of a few M&M’s. I still manage to make her super cute bento lunches with natural coloring, using our EasyLunchboxes, of course! We were still able to dye Easter eggs this year, thanks to Chocolate Craft Studio. 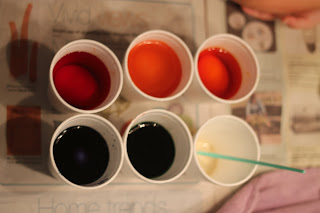 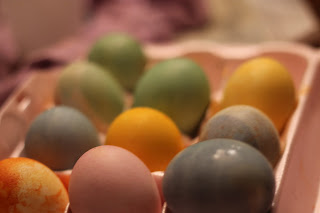 More and more research is being done on the subject. This CBS article is one of the more recent. More dye free resources can be found on my post here. I’ve read about children who have been able to stop taking their ADHD medications just by removing food dyes from their diets! It seems like a daunting task at first, but gets easier very quickly. I can now glance at a label and recognize the dyes in an instant. Here’s a handy list of colorful foods to watch out for.
I’m certainly not saying that EVERY child needs to go dye-free. That depends on the child and parents. We are ALL different. But if you think it may be beneficial to your family, it is certainly worth a 3 week trial! 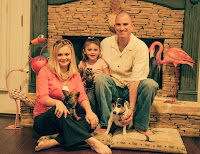 I’m Lori Jewett and I attempt to blog about Taia’s dye free bento lunches over at Pink ‘N Punchy Lunches.  I am the mother of the aforementioned almost 5 year old ball of energy, 2 fur babies, a blue beta named Nemo and I’m married to the man responsible for spoiling us all rotten! In between it all I work full time, create the school yearbook, and am next year’s PTA secretary, among all the other odd jobs I pick up. I wouldn’t have it any other way! I’m proud to be able to share a couple of my dye-free lunchbox meals  in Kelly’s upcoming cookbook: Cooking with Trader Joes – Easy Lunchboxes.

You May Also Enjoy Reading:

Tagged as: All Topics, Health & Well Being, Kids